I have finally got round to posting about my Great British Sewing Bee challenge - week two. My crazy busy life and having some awesome friends stay over at the weekend has pushed me back slightly and again I have managed to create but not blog, which is always my most trying area. Nevertheless, here it is - My versions of weeks two challenges. I say versions as I may have altered things slightly for my own gain. You will see why.

Week Two
Challenge one
From a pattern, create a pair of mens trousers
4 hours

Here is an image from the show to help describe the first challenge which was to create a pair of mens trousers. There are a lot of tricky elements to making these trousers and I thought a very difficult challenge but everyone pulled it off.

This is an image from the show of Anns trousers. I really liked them because of the material. They look really fun and look like they would be comfy to wear.

So as I mentioned earlier I have slightly changed this challenge to help myself out but mostly because I didnt want to make mens trousers because then I couldn't wear them but then again I probably could have I guess. Anyways, I already had this awesome pattern below that I wanted to try out. I have never made a pair of trousers before, mens or woman's so a definite challenge for me. This is the same pattern I used for my week twenty six jacket and was a success so wanted to give the trousers a go too. 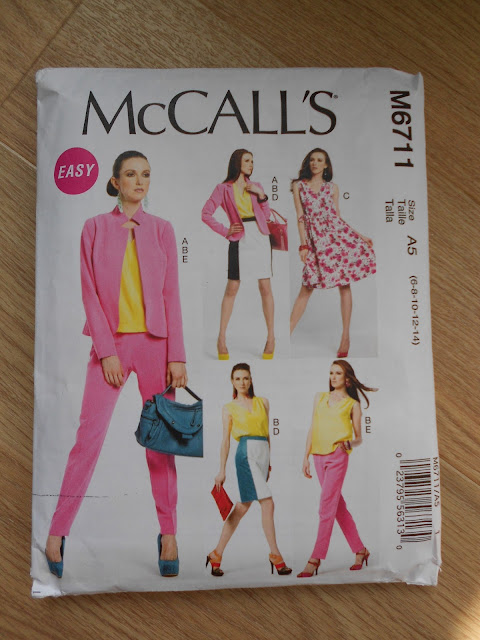 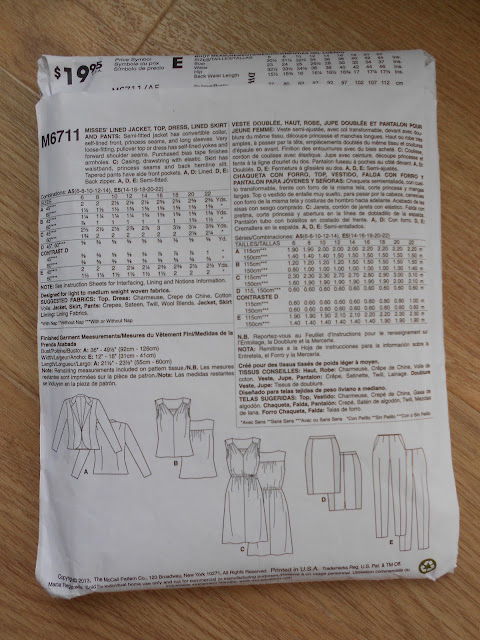 And here they are. I chose a stiff, grey fabric, which I think worked quite well. It was a nice fabric to work with holds shape well for the trousers. 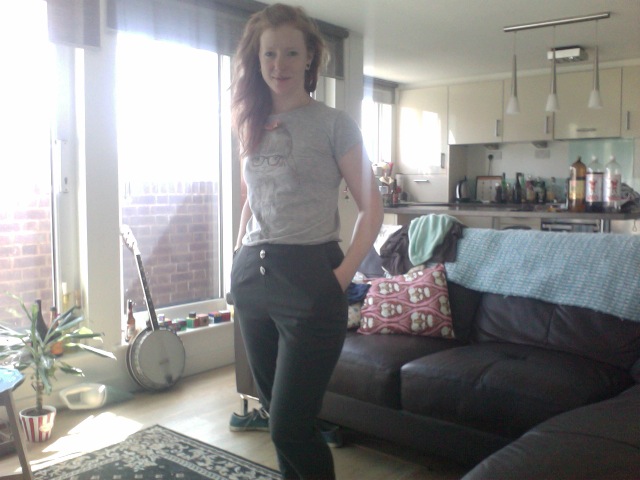 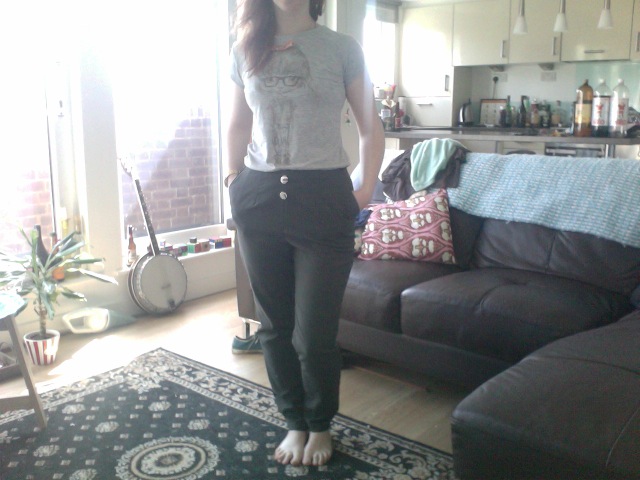 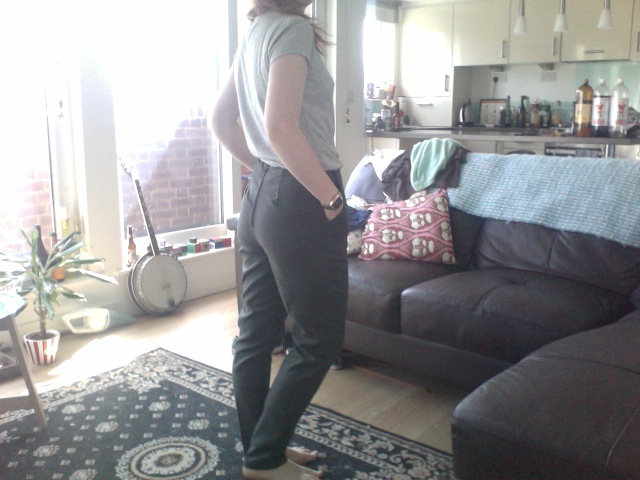 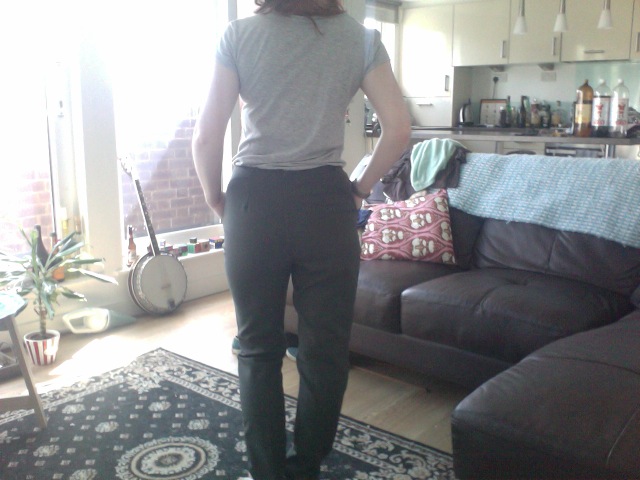 I am not sure if my bum looks good in them or not but the picture isn't too bad I guess. I had to do a lot of trimming down the side seams. They were really baggy so I took them in as much as I could to create a more skinny leg. I am quite short anyway and didn't want baggy, high waist trousers to drown me. The waist band also gave me a lot of problems, I think I was probably not following the instructions well enough as it just didn't go to plan. I think I might adapt it next time and draft my own but will see how successful that is later.

Challenge one of week two completed, sort of successfully within 4 hours. Yippee! 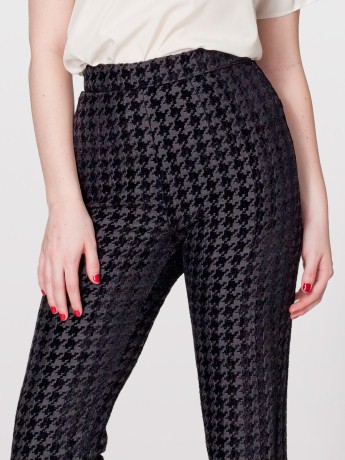 This is my plan for next time. I love this material and great for a zip on the back which is what the pattern requires. I'll let you know hoe I get on with the next trouser creation.

On to challenge two, which as described above was to attach some patch pockets. These could be any size or shape you wanted. The ideas are endless with this and I was very excited to give it a go. 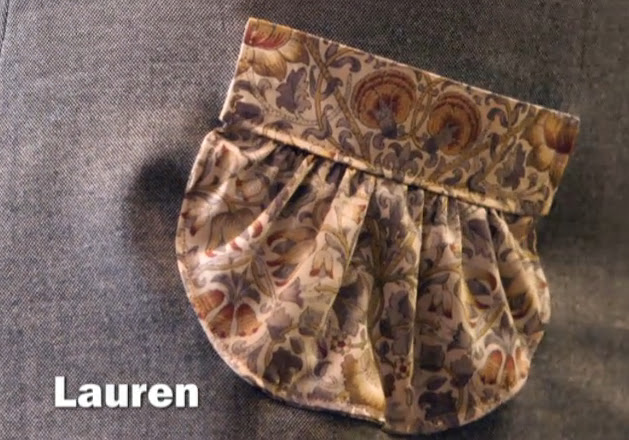 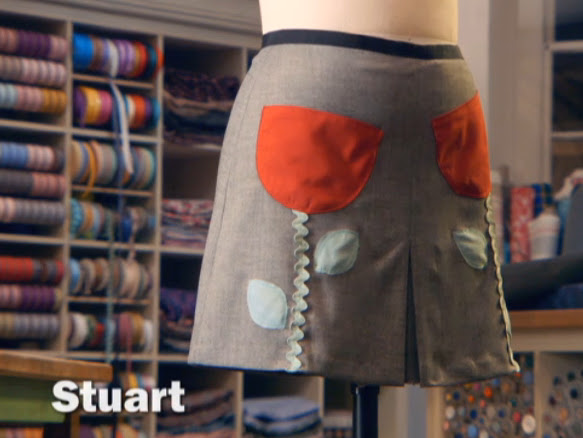 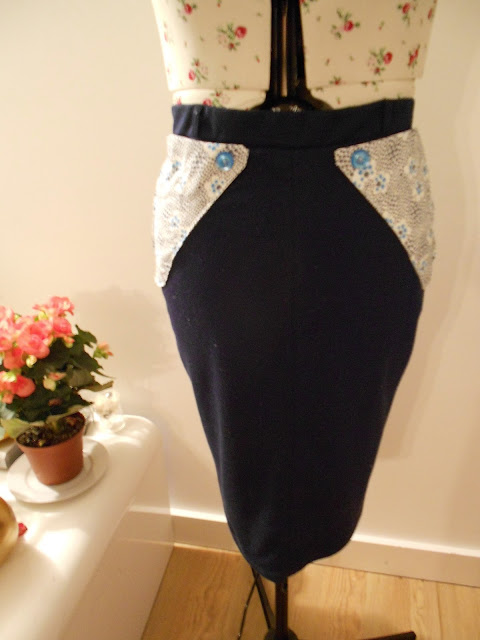 Here is my design. I totally forgot to take a before shot, silly me but hopefully you can image the plain, pencil skirt style it was before. I got the skirt from Primark, one I have had for quite a while and could have done with a re-vamp so thought it was perfect for this project. 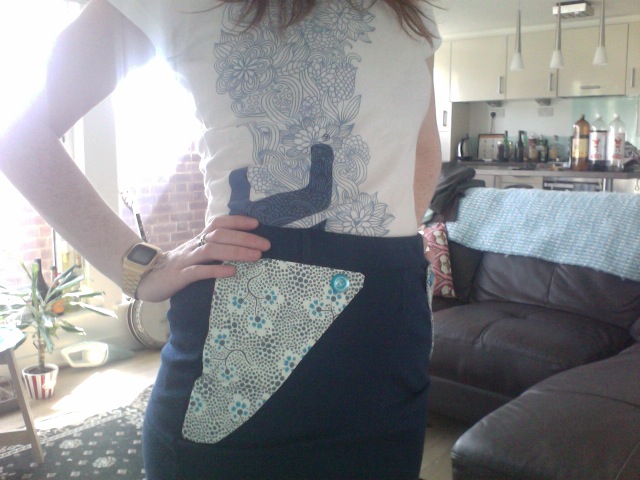 I attached these crazy shaped pockets to the sides almost as if they were the shape for side pockets but of course patch pockets instead. I also added a little button for detail. The fabric I had in my box of bits. It was left over from a dress that went wrong, but luckily I could use it here instead and think it goes quite nicely with the navy blue of the skirt. 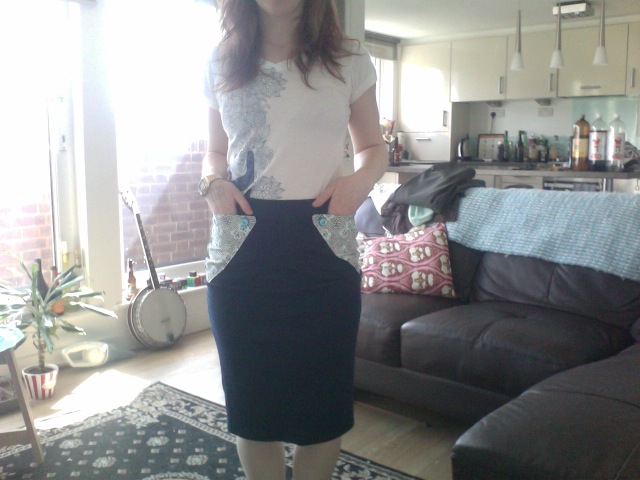 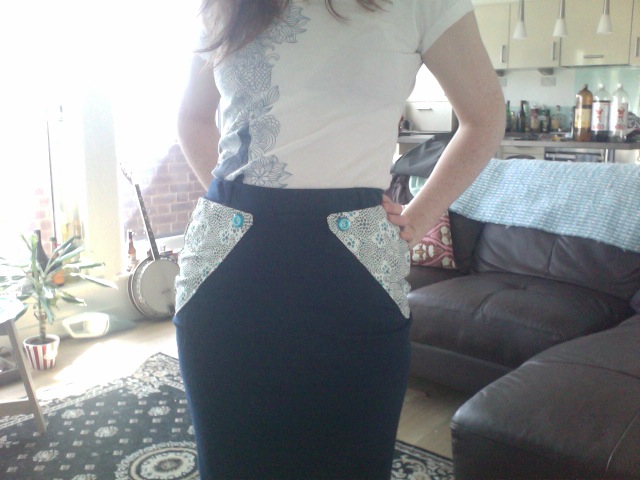 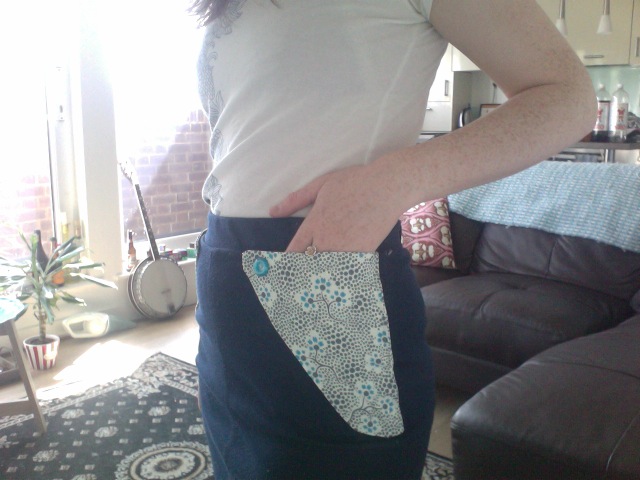 Two more challenges completed. I hope you like what I have created. I believe we are now up to the final of the show which is really sad and I still haven't seen it from last night so I might head off and do that now while making something new. I shall post week threes challenges very soon and then only one more to complete my follow along. Meh! Anyways I wish you all happy sewing until next time.
Posted by Rachael Conroy
Email ThisBlogThis!Share to TwitterShare to FacebookShare to Pinterest